By Mark TidermanFebruary 4, 2022No Comments

The Cincinnati Bengals are going to the Super Bowl, and this is a big deal.

In the franchise's history, they've never won the Super Bowl. It had been 31 years since they'd even won a playoff game, the longest drought in all of professional sports.

Just a year ago, they had only four wins, and the year before that, only two. So at the beginning of this year, the odds were 10,000 to one that they would win the Super Bowl.

That makes their transformation all the more remarkable. So what is different? How did they do it?

Today we will unpack their story, specifically the AFC Championship Game, and pull out the leadership lessons that we can learn and apply in our teams, businesses, families, and organizations, helping you take your team to the next level.

And I'll give you a hint. "Leadership changes everything."

The game did not start well for the Bengals. The Chiefs had scored touchdowns on their first three possessions, and with five minutes to go in the second quarter, the Bengals found themselves down 18 points. Some would say an insurmountable deficit because historically, Cincinnati has had a deeply rooted losing culture, one that believed no matter what the scoreboard said or how much time was left in the game, they would find a way to lose.

But something is different about this team. Over the past three years, the Bengals changed their head coach and their starting quarterback. Zac Taylor and Joe Burrow have brought fearless confidence in themselves and their team. This new leadership has created a deeply rooted winning culture. No matter what happens, no matter what the scoreboard says that they would find a way to win. And that type of leadership has changed everything.

When they found themselves down, they didn't panic, and they didn't quit. Instead, they stuck to the game plan and waited for a breakthrough to happen.

And one did. With 1 minute remaining in the first half, Joe Burrow connected with running back Samaje Perine, who ran 41 yards for the score, giving the Bengals a much-needed jolt.

Remember, the culture you create as a leader shapes the beliefs and actions of your team, and great leaders create a winning culture.

Leadership lesson #2 Give your team something to believe in.

Just before halftime, the Bengals had cut the lead to eleven points, but the Chiefs were in the red zone again, threatening to score and extend their lead. The Bengals were getting beat in every aspect of the game, and they needed a spark. With 9 seconds remaining, cornerback Eli Apple was charged with past interference, giving the Chiefs the ball on the 1-yard line. In the next play, Mahomes targeted Apple again, but this time Apple made a one-on-one open-field tackle against the fastest player in the game as time expires, forcing the Chiefs to leave the red zone empty-handed.

This was the spark the Bengals needed—a glimmer of hope. Eli Apple and the Bengals defense had given their team something to believe in as they headed into the locker room.

Leadership lesson #3: Shift the game in your favor.

Patrick Mahomes was flawless in the first half, throwing for 220 yards, three touchdowns, and no interceptions. He was hitting his receivers in stride over the middle and scoring at will. So at halftime, Bengal's defensive coordinator Lou Anarumo was tasked with the impossible job of drawing up a plan to stop Mahones. So he did what every great leader does. He took what his opponent gave him and then used his creativity to shift the game in his favor.

The plan worked. In the second half, in overtime, Mahomes threw for just 55 yards, no touchdowns, and threw two costly interceptions.

Many people consider this a meltdown by Patrick Mahomes, but when we look at the game film, we know that this was a brilliant move by the Bengal's leadership, taking what their opponent gave them and using their creativity to shift the game in their favor.

Leadership lesson #4: Stay focused and positive in the face of adversity.

Last year, Joe Burrow suffered a season-ending knee injury. Most quarterbacks take years to recover, and some never do. But he stayed focused and positive, which accelerated his recovery.

Then, in the Championship game, the Bengals faced more adversity. They lost their big-time tight end, CJ.Uzomah in the first quarter to an injury,

Finally, they lost the crucial coin flip in overtime, undoubtedly replaying the walk-off touchdown of the Chiefs that scored a week prior.

Leadership lesson #5: Play without fear and finish the job.

The Bengals had never stopped believing they could come back. They achieved a small victory, built momentum, shifted the game in their favor, and stayed focused through adversity. And then it happened. An interception in overtime stemming from the roaming high safety they had shifted to at halftime.

The offense showed grit, stepped up, and made the plays they needed. And then if Joe Burrow's swagger wasn't enough, along comes another kid with ice in his veins. Evan McPherson, the Bengal's rookie kicker, comes into the game with his fearless confidence and finishes the job.

Every one of us faces moments when we are the underdog, when we need an upset or a comeback win, when the odds are stacked against us. And when that day comes, let us remember the Cincinnati Bengals

and what they taught us in the 2022 AFC Championship game

How The 49ers Built A Championship Team

Leadership Lessons from The Tenessee Titans 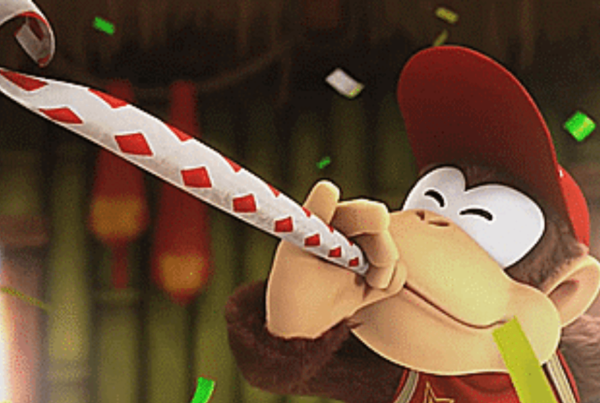